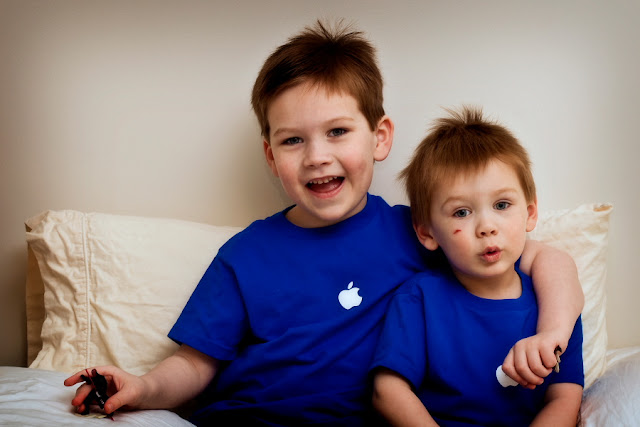 Adam was 18 months old when he was first diagnosed on March 28, 2008 with Acute Myelogenous Leukemia. He started the first of five rounds of chemotherapy the next day. After almost six long, grueling months, Adam was sent home from the hospital with a clean bill of health. He continued to be monitored once a month for six months, and then once every two months for the next six months. Unfortunately, he did not make it to the end of the second six month period. After nine months in remission and without any indication anything was wrong, he developed a fever with no other symptoms. He was taken to the doctor the next day to get his blood checked, and the results came back with a white blood cell count of 57,000. His Leukemia came back. He was admitted to the hospital that night and had a bone marrow aspiration and spinal tap the next day to confirm relapse. On Thursday, his central line was placed and by early Friday morning began his first of two rounds of chemotherapy to put him back in remission and to prepare his body for a bone marrow transplant.


Update: Adam successfully completed his transplant in September 2009. At 12 months post transplant, he continues to do very well. We are thrilled with the outcome and are hopeful he maintains a steady path to a complete recovery.

Adam has ALWAYS been a high energy kid. He loves people and makes it his mission to say "hi" to everyone. He especially loves to say hello to our neighbors when we go out side or when we are getting ready to take his older brother to school. He is fascinated by everything, first and foremost, helicopters. He developed a love for aviation while he was at the hospital last year. He was able to watch the helicopters take off and land and it delighted him to no end. He also LOVES his older brother, Russell. In his eyes, Russell can do no wrong. Adam cannot wait to go to school just like his brother. He has also turned into quite the turtle activist. Whenever there is a turtle in the road, if it is safe, Mom or Dad must get out and put the turtle in the grass. He has always been fascinated with babies, and gets very concerned when one cries. It makes him extremely happy to know that the "baby's Momma is taking care of him." He loves to go get a "cream cone" with Russell after school and especially loves to go play at the park when the weather permits.
Posted by Janna

we love you Adam!
Love cristi and the nurses at Fairfax Hospital

Hi Adam, I am looking forward to hanging out with you and your family later this month. We will have some airplanes lined up for you to check out here at Andrews AFB!

Thanks for taking the day to be Adam's host pilot. We all had a such a great time! He's still talking about it and now every plane is a "C-35, like Frank's plane". I think you've made an impression!!

I had a blast it was a great pleasure to get to hang with Adam and the rest of your family. Things really came together nicely. I hope you guys are staying warm in this cold weather. I look forward to seeing everybody for the reunion. Happy Holidays and please KIT.

Pioneer earphones are a major hit to DJ's on account of these things convey more life to their appears. Their quality sound gives precise sound, which empowers them to recognize if the music they just made will be valued by the general population - or on the off chance that they will be killed for it; consequently, they should have the capacity to stop or change the music on the double. http://www.mordocrosswords.com/2016/06/late-night-tv-pioneer.html